Today the second track from Displacement is up on YouTube! It is being released by Petite Victory Collective.

Today the first track from my Displacement EP is unveriled on YouTube, aptly named "Displacement-A". It is coming to Bandcamp and streming in full 2021-05-22. But before that more tracks/live recordings will be up on YouTube. It is being released by Petite Victory Collective.

Upcoming release from me is a five track dawless techno EP recorded live and my premiere release on Petite Victory Collective! It will be released in full on Bandcamp and streaming 2021-05-22, but leading up to this each track will be made available through YouTube where you can see the recording of each track. I guess this post will make more sense if you have actually seen all the videos but here it goes…

The main three tracks (Displacement A, B & C) has a sort of raw sounds with a focus on a slightly detuned harmonics using the Electro Faustus Drone Thing as a central unit and starting point instead of more traditional synths. When the oscillators are freely tunable you end up in new territory you really can’t predict in the same way as when you play a keyboard. Adding the EHX Pitch Fork in the signal chain as in track B and C is just a way to enrich the harmonics with additional octaves of the Drone Thing and being able to use this as another dynamic tool in the performance.

The switches for note on/off on the Drone Thing invokes in me at least that it’s need to be timed/clocked somehow (even if you switch them manually) and that is where the Neon Egg Planetarium comes in with it’s external side chain feature. It is receiving the Korg Volca Beats as the side chain ”clock” and then feeds it back out to the Koma Elektronik FT-201 step sequencer filter, which set to a odd amount of steps gives a bit of poly rhythm feel/movement to this drum machine. In track A I utilize the light sensor on the Koma filter to stop the sequencer running from time to time. The Neon Egg also adds it’s wonderful reverb and tape styled delay to the otherwise rather harsh timbres of the Drone Thing.

I am using the Micro Brute as the lower harmonics in these pieces using the gate out to gate in patch trick for the notes to have infinite sustain and freeing up my hands not to have to keep holding the notes down. It is receiving a signal from the Koma Filter ”sequencer out” which I have connected to inputs of either the filter or the PWM on the Micro Brute to give it some extra movement and that also follows the movement that is imparted on the Volca Beats by the filter. Some extra lush stereo sounds for added ambiance is added to the Micro Brute with the Walrus Descent octave reverb before it hits the mixer.

Not the forget the Novation Circuit here which is providing deep and solid foundation of beats utilizing the sounds from Blank.for.ms Circuit pack. These sounds are a bit rough around the edges, warbly and warm, but are quite hard hitting none the less. The beats in themselves are not so complicated using a minimum amount patterns but playing with the mute on/off on each track here gives me the ability to work with the dynamics in a very direct way bringing in and out elements as I see fit. Also to note is that the Circuit is providing the master clock to the Volca Beats, which in turn sends this clock as CV to the Koma filter and passes it on a altered form (it’s sequenced form that is) to the Micro Brute.

The two interim tracks are made with a smaller setup having the Moog Subharmonicon as a central unit and Electro Faustus Drone Thing providing it’s skewed harmonics on top. Here I have broken out of the straight turning on/off notes on the Drone Thing and using the output volume to make the notes swell and disappear in a more ambient way. The Boss RC-3 looper is directly after the Drone Thing to be able to be stack the notes on top of each other and have them repeating as well obviously. Since the Koma FT-210 is a mono unit (although with several filter outputs) I added a stereo chorus at the end to widen this signal to get more of a wide pad sounds I guess.

The clock/tempo routing is a simple one here, clock out from Subharmonicon to the EXT. Clock in on the Koma FT-201. Also since the Subharmonicon signal is passing through the side chain on the Planetarium I guess this could be considered a sort of tempo sync adding more movement to the Drone Thing signal.

Both setups are such that the Mackie Mixer feeds a stereo input to my audio interface where it is recorded to Ableton Live. I have then mastered the tracks and added small volume automations during this process to enhance the dynamics of the tracks slightly. 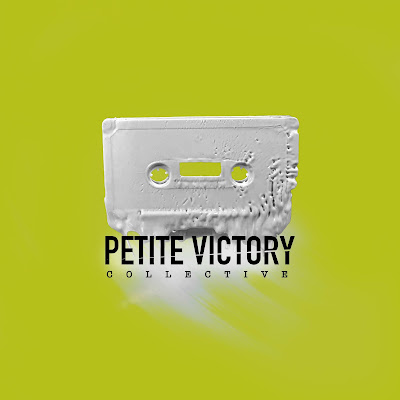 Upcoming this month is a series of track constituting my EP "Displacement", which is going to be released by Petite Victory Collective! I am very happy to part of this worlwide group of great music makers and that my live techno EP is coming out through this outlet. Tracks/the videos of when I recorded them will be made available on YouTube leading up to the release.

Sustainability and eco-friendly are some of the keywords of the collective. The collective will act towards ecological concerns through music compilations & diverse events supporting ecological initiatives.”

Today is the release day for my collaboration with Tidsrymd! It is released by Stålverk and you can enjoy the music at many a streaming service including: Spotify and Apple Music

It can be also be found at Bandcamp or download mp3's directly through the Stålverk homepage.

This is the first collaborative release of Alpha Mound and Tidsrymd, and the topic of this particular sonic meditation is the altered state of dreams. Combining our resources we have made two pieces combining synths, electric piano and processed guitars, somewhere in the realm between ambient, doom-jazz, post rock or ethereal, minimal shoegaze. It’s a slow building wall of sound, meditative but forceful, emerging in spacey, atmospheric, rolling melodies.

I wanted to give my new acquisition the Moog Subharmonicon a test and after two initial setups/approaches this is what I landed on. A combination with some new stuff in Ableton Live 11.

The chance in the title refers to the new function in the midi-editor that you can put a % value on midi notes. So this is what is happening with the drums that have been pre-programmed. They have somewhere between 90% and 35% to trigger. All drum samples comes from Lullatone’s new sample set ”Domestic Drums”: https://lullatonesamplesets.bandcamp.com/album/domestic-drums-sample-set-ableton-and-kontakt-instruments-in-zip

Another chance element is using the new Max for Live device ”Tree Tone” that comes in the ”Inspired by Nature” pack of devices: https://www.ableton.com/en/packs/inspired-nature/

I’m using the rain feature and controlling the amount of rain and speed with the Midi Fighter Twister. Which is also controlling the volume of the arp and and a midi stacking of Mopho x4 organ sound (a sound called ”Kitchen Sync” one octave above the notes played on the x4) using the new MPE features in Ableton and the aftertouch function on the Mopho x4.

The voice sample is a reading from Lord Dunsany’s ”51 tales”.

It is a very ambient album themed around primordial proto-machines creating the morning of the cosmos. A sort of imagined/alternative creation story if you will. Where something small and not even sentient is building something monumental.

Above is from my Bandcamp and below you can find the Spotify streaming. I hope you enjoy!

I did a contribution for the AEMC latest "One Minute Compositions" release. It is called "Cobalt Streak" and is a mellow and bit of a sad tune with the imagiros's piano as a foundation.

These sorts of videos do take some time to make but fun in another way for sure!

Almost two years after it was initially released "Temper" gets a new life through a re-release by Sound Meditation! It streams at the the usual suspects and can still be found on my Bandcamp and YouTube.

Something different in contrast to Jamuary. The story of a desk!

Scrolling through factory sounds on the HX stomp led to the main guitar riff. Felt a shoe gaze vibe so went from there. I call this genre ’Birkenstock & wollen sock-gaze’.

A return to the bigger setup for the eight installment of what should have been 23 installments I guess. But better do it in your own tempo than do nothing at all!

Trying out sp3ct3rs d3mos granular delay patch for ZOIA with my trust old Casiotone MT-70. Pairs very well with a small setup since it is such a long delay! And a very nice one at that!

Couldn’t really stick to a single setup for the whole of Jamuary is seems… but the other one is still standing at least so I might return to it for more beat/rhythm stuff later.

Anyhow, it seems GAUSS by Bram Bos & Hainbach for iOS is the ambient looping app I have always wanted! Highly recommend it!

I also did a pedal board overhaul for this since I had some noise issues from the power supply, I had a little bit too much stuff daisy chained so I had to break out a bigger board from storage and add some power with the Strymon Ojai. And the noise was gone!

Won't even be close to possible to get a jam each single day but here is the second one at least! Also at Bandcamp: https://alphamound.bandcamp.com/album/jamuary-2021