I'm happy to now being to able to share this video by Ylenia Busolli where I helped with providing the music. It was a long time in the making and also a long time before we could put it online, but at last! The instrumental version of the music has been online for awhile but the video itself features words by Ylenia and read by me (in this english version at least).

Ylenia Busolli is a italian artist, filmmaker and photographer and she can be found online at: http://yleniabusolli.blogspot.se/

I was and still are of course immensely honored to put sounds to these beautiful images by her. Have a good 2014 and I hope you enjoy this video!

The Life Game from Alpha Mound on Vimeo.

On the one year anniversary of the Endless Embark release, the 23 of October the remixed version sees the light of day. The original five track EP/album has it's themes focusing on movement and standing still. Escapism and moving in one place instead of geographically. So it is only fitting that five musicians from Sandviken, some of which has moved, others not and in varying distance, have done one track each.

The artists remixing are (in order of appearance): [krig], Adam Wiger, Lo, Leonard Hummer and DÖDEN.

The track listing are in the same order as the original but with a higher degree of focus on rhythm on all of the remixes. These guys have made Endless Embark Remixed a five track techno album! Released on Stålverk Records, of course.

I want to express my deepest gratitude to all of you who participated in this project and a great big thanks for taking my songs in such a wonderful direction as this!

Download the songs directly in 320 kbps mp3's from Stålverk at: www.stalverk.se
Or stream/download through my bandcamp below.

Today my second contribution to the Lamour podcast is released! It is a 26 minute ambient piece, or in the words of the label:

Lamour podcast #14 welcomes once again Alpha Mound from the city of steel, Sandviken. He is presenting here an exclusive new lovely ambient piece that fits perfectly on the cold dark autumn nights.

I hope you enjoy!

Addendum!
Olle Ohlsson wrote some words about Alpha Mound on his blog Stålstaden and asked a question about this podcast, on which I gave a lengthy answer. For your enjoyment or woe, here is the post (in Swedish): http://blogg.arbetarbladet.se/stalstaden/2013/10/15/alpha-mound-renodlar-och-processar/

Today is the release for the Slim Vic single "Plös". It features a remix from me and all tracks including the original is mastered by the same. Hope you enjoy. Here is the description from the label:

Kraut feeling and distorted noises! Plös is Slim Vic’s third digital release on Lamour records. It takes the dark ambient even darker, mixing this with kraut feeling and distorted noises. Plös contains four remixes, including two lovely ambient reworks from Stenbit and one from Alpha Mound, and also a laid-back indietechnobanger from No Codas lead singer Wild Invalid.

A preview is available at Soundcloud:

A rework of the song "Nile" from the 2012 LP "Burning Words". This instrumental version of the song is arranged and structured in collaboration with Ylenia Busolli for her video work "The Life Game".

The video will be available in late 2013 or early 2014 in two versions, one with English spoken word and one with Italian.

The cover art for the song is a still from the video (courtesy of Ylenia Busolli) with collage edits by Alpha Mound.

It is of course free to download through my Bandcamp.

It's been awhile since the show where this music were recorded but finally I put something together from the two day marathon jam. It's quite short in considering the amounts of music that were performed during these days. It's out digitally via Stålverk: http://stalverk.se/?disc=rel&c1=Digital&c2=Stal-139%3A+SA-FA-RI+-+Alpha+Mound+mix

And it is also possible to download through my bandcamp.

I got asked a about a week ago to contribute to Lamour Records podcast. And I was of course happy to oblige. This is the result. I hope you like.

The coming soon... stuff is coming (hopefully soon) also, this just happened to come in between and with an unexpected short turnaround from making the music to the publication of it. 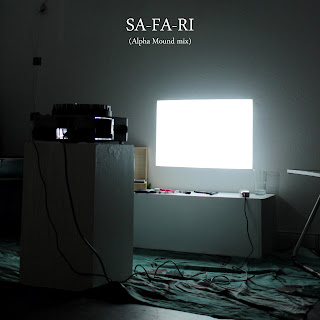 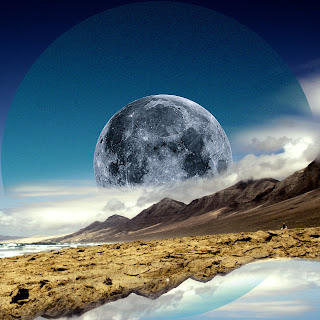 Here's a link for a interview with me by Olle Ohlsson for his blog about music from Sandviken, it is in Swedish.

I'm very happy to announce that you can now order the 12" LP "Burning Words" at the record label Lamour's webshop. So if you don't have it already and want it, buy it there!

I am very happy to share this new visual representation of the song "Stagnant Seas". The video is made by my brother, Jonas Westlund. And it's really nice! I hope I can force him to do more visual work for my sounds in the future. Anyway, thank you for this one bro'!