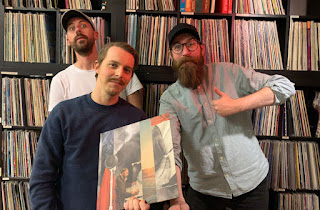 Whats coming up next is another live show and also I'm hoping to make the cut for a compilation being released soon! I also have more things on the collaborative side that are upcoming, gig at Vindöga festival together with Daniel Palmberg, a cassette with the same project. A possible gig with [krig] and also a release of a collaboration that's been awhile in the making. So a lot too look forward to!
Newer Post Older Post Home