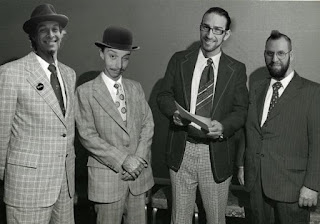 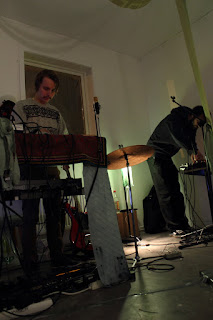 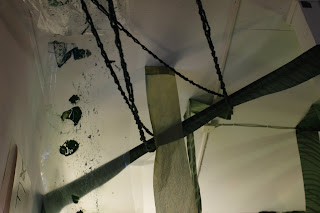 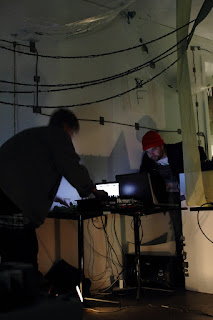 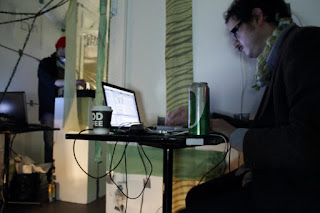 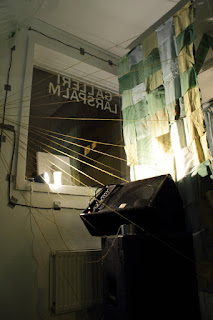 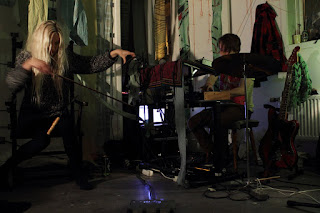 Here is a link to the LP I mastered for LO & [krig] at the label website: www.stalverk.se

It can be ordered through Discogs:
http://www.discogs.com/krigLo-Stalverk1010/release/3970369 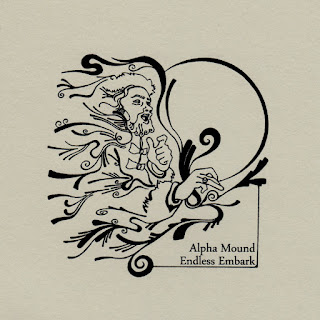 "Endless Embark" is the title of the five song upcoming release. It will be released in digital form through iTunes, Amazon and Spotify. Free download of the digital version will also be available through Bandcamp.

As mentioned before these songs are mostly based on electronic sounds. The main theme for the songs is about movement and the potential of movement. And that standing still might in some ways actually be motion. No chance of being to explicit here I guess since it is a contradiction. This is of course only some of the things going through my head while writing the lyrics. Well, I hope you like it.

It will not solely be a digital release, it will also come in the form of a CD-R. Limited to 100 copies they are being created right now, below is a photo of how that work is coming along. 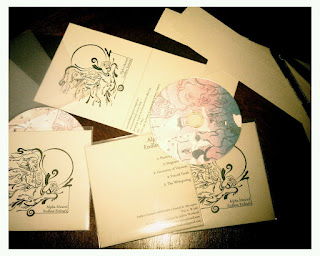 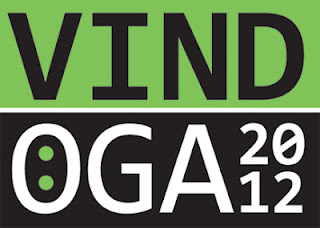 I got the offer to be part of the FIA-orchestra ending Vindöga festival at Sandvikens Konsthall this year and I of course accepted. The orchestra performed improvised music according to the following concept (or rules): 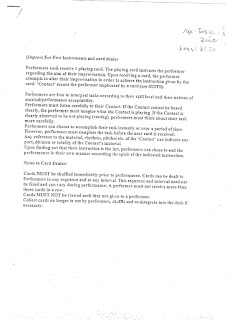 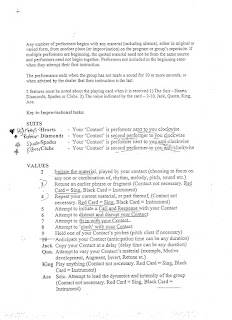 I'm not sure where this concept has it origin but it sure made for some interesting sounds!

Below are photos taken by Christina Wannberg of the orchestra. 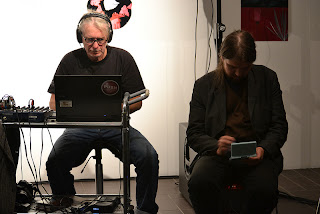 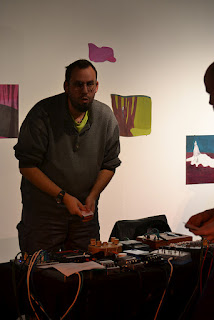 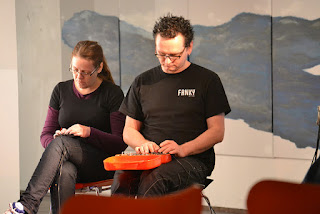 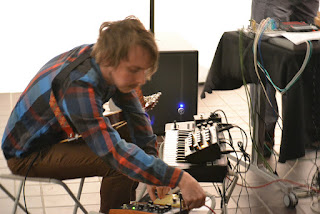 Me fiddling with my reverb 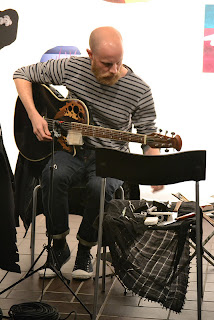 Here is a link to the festival website: http://www.idka.net/vindoga/

There are some things coming up. First of all I can now with confidence say that I soon will make a release. A five song release to be precise. While I was working on something that was to become my next full length album, a follow up and a step away from "Burning Words" I had some songs I liked but that did not seem to fit the larger context of what I was working on. When separated from the context, these songs fit together on their own I realized. So I came to focus on this smaller work first. And that is what will be released quite soon I hope.

These songs are more electronic in their nature then my previous music and focused more around synths and digital drums. One of them is actually a longer and more elaborate version of the song "Paced Strokes" from the "Burning Words" LP.

Some collaborative things in the happening also. At least one live shows together with other acts. Maybe more with yet other musicians. And I will also make or rework some music for a documentary/art film. Hopefully all of this can come to fruition.

Something that has already come to fruition and will be announced shortly is the release of a minimal techno LP featuring two great acts. And this is of concern here because I got the great honor of putting the final touch to this LP by mastering it. And I am happy I got to do it! Links to that will be up as soon as it's out officially.

My friend and fellow musician Adam Wiger got the question if he wanted to make music for a internet trailer promoting a thriller/horror novel published here in Sweden and I'm glad he asked me to join! Here's the result of us making sounds and melody and video makers doing their thing.

The novel is called "De Dödas Ljus" and is written by Björn B. Jakobsson.

Anders Wesslén has been very kind and provided a video for the song "Grandpas Accordion", in my mind it's spot on the feeling of the song. Thank you very much! Footage from "Autumn Fire" by Herman G. Weinberg. This song features Martin Borgh on accordion, Adam Wiger on piano and Ludvig Blix on viola.

Today is the release date for "Burning Words". I'm happy too see it reach your ears! Digital version be found at a lot of places, these are some of them:

And maybe most importantly through Bandcamp where you can download it for free:

As stated earlier it's also available in physical format as 12" LP. Which you can order worldwide directly from me at: carl.joakim.westlund[at]gmail.com (payments done most easily through PayPal or if that does not suit you international bank transfer). 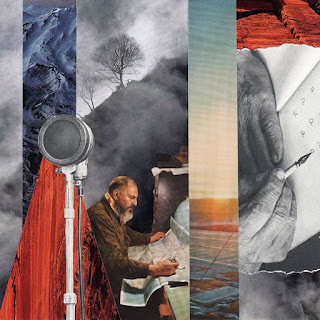 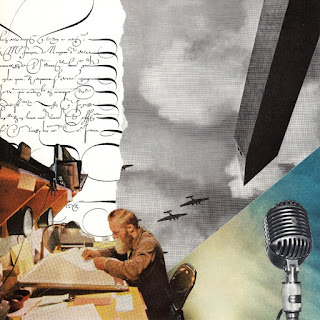 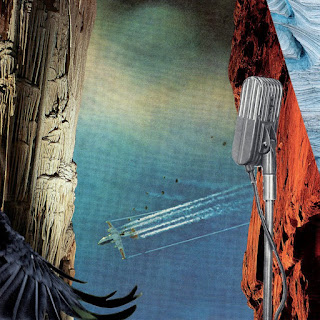 Just e-mail me at: carl.joakim.westlund[at]gmail.com
The payments are done most easily through Paypal. 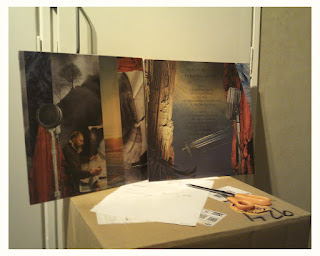 I will perform live at a art festival in Sandviken on Saturday 7/4. Looking forward to it a lot and happy I got a opportunity to play at this kind of event since it changes how I approach the live situation. I will play no songs at all, only free-form loops. What the future holds for live shows is hard to say but the with the fun I had making loops at home (and some agony when it sounds like shit) probably means I will in some way or other try to continue doing this.

And here is a link to the blog of the gallery who hosts the festival:
http://gallerilarspalm.blogspot.se/

And maybe most importantly, the blog for the festival:
http://www.kungenkonstfestival.blogspot.se/

Post-show update:
It was great fun and of course my intention of only free-form loops changed, and while rehearsing I actually wrote something that now has become a song, "The Sign of the Serpent" a LFO-loop as the backbone has now grown in to some electronic drums and what not. It will appear on my next release of which I am currently working on. Anyhow, since it was a art festival there were visual art there also and I had the nice opportunity to hang the collages I made for the the "Burning Words" artwork and some other pieces I made during the same time. Here's a photo of that: 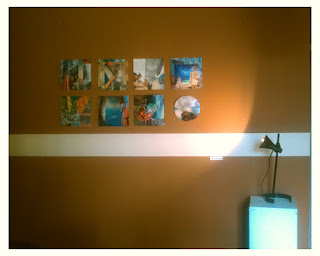 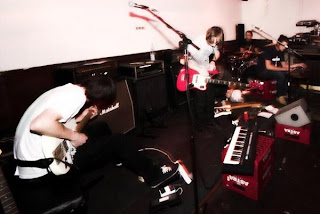 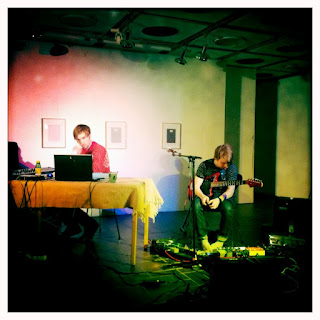 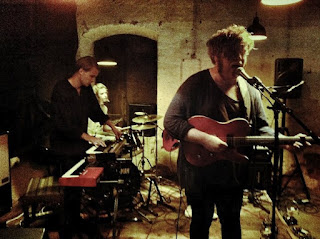